Journey to the Lion City: Singapore

It was a great day. The sun is up and the sky is clear. One by one, my colleagues and I excitedly greeted each other as we entered our office and asking if our stuffs are complete. Doing our daily work and somehow noticing the time went pass by as it increases our excitements. After our daily work, we quickly get a ride and went to the airport. Everyone was very excited since its their first time riding a plane and some will have their first time trip internationally. I, myself is also excited, even if it is not my first going abroad.

Three of my colleagues and I arrived first in the airport, and a few minutes later the others arrive. We went pass the first security and quickly went to the airport desk to claim our flight ticket following all proceedures need for us to board. Since we still have time left before the scheduled boarding time, we ate first and exchange our pesos to singaporian dollars. After all that, it is now time to board the plane. Everyone is on-board and really excited, looking for their seats and checking out the windows. As the airplane went high up in the sky and so as our excitement.

Going to the airport 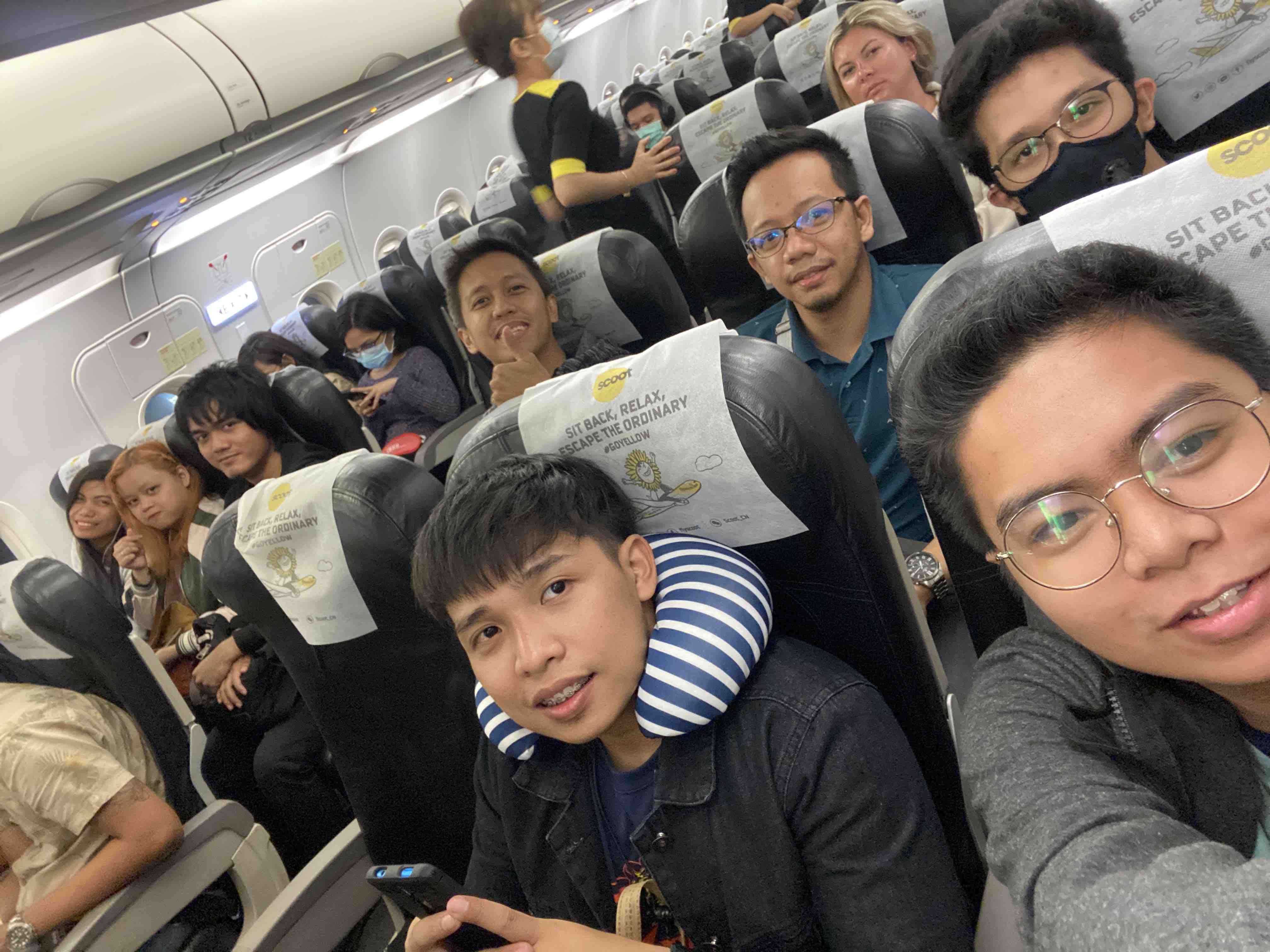 After a few hour of travel. We finally made it to the Lion City. We decided to roam around the huge airport for a while. Taking pictures here and there. Thankfully knowing that we safetly arrive to Singapore. 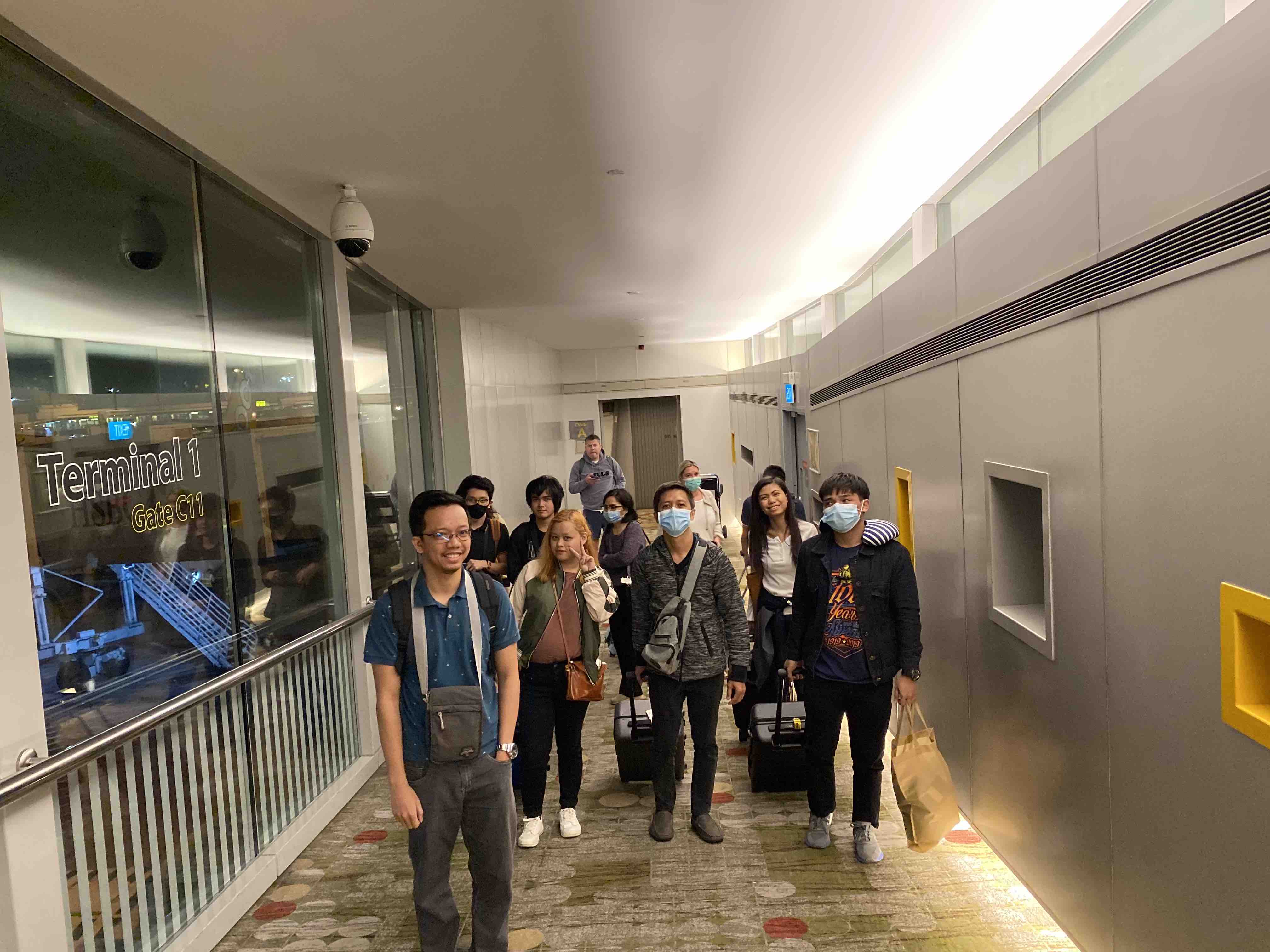 After roaming around the airport for a while, we went out and grab our ride going to the place where we will stay. We were amazed how fast our rides goes and the minimal traffic they have in Singapore. After arriving at our place of stay. We quickly prepared our stuffs for the next day and finally turning in.

After finishing our preperations, we head out and planned to get our tourist pass. This enabled us to ride in the train station and in the bus stops for the whole duration of the trip. Good thing in the location of our stay, it was near both the bus stop and the train station. We went to acquire the pass in the nearest station but sadly they don't have it. So we acquire a single journey ticket and went to Central station to acquire it, we purchased it around S$30, this will be good for 3 days and with unlimited rides. As a tourist, this is advisable to have if you plan to roam around using Singapores' transport system.

After acquiring the pass, it is now the time to go to main event of the day, UNIVERSAL STUDIO SINGAPORE! so we went to the nearest bus stop and ride different busses going to USS. 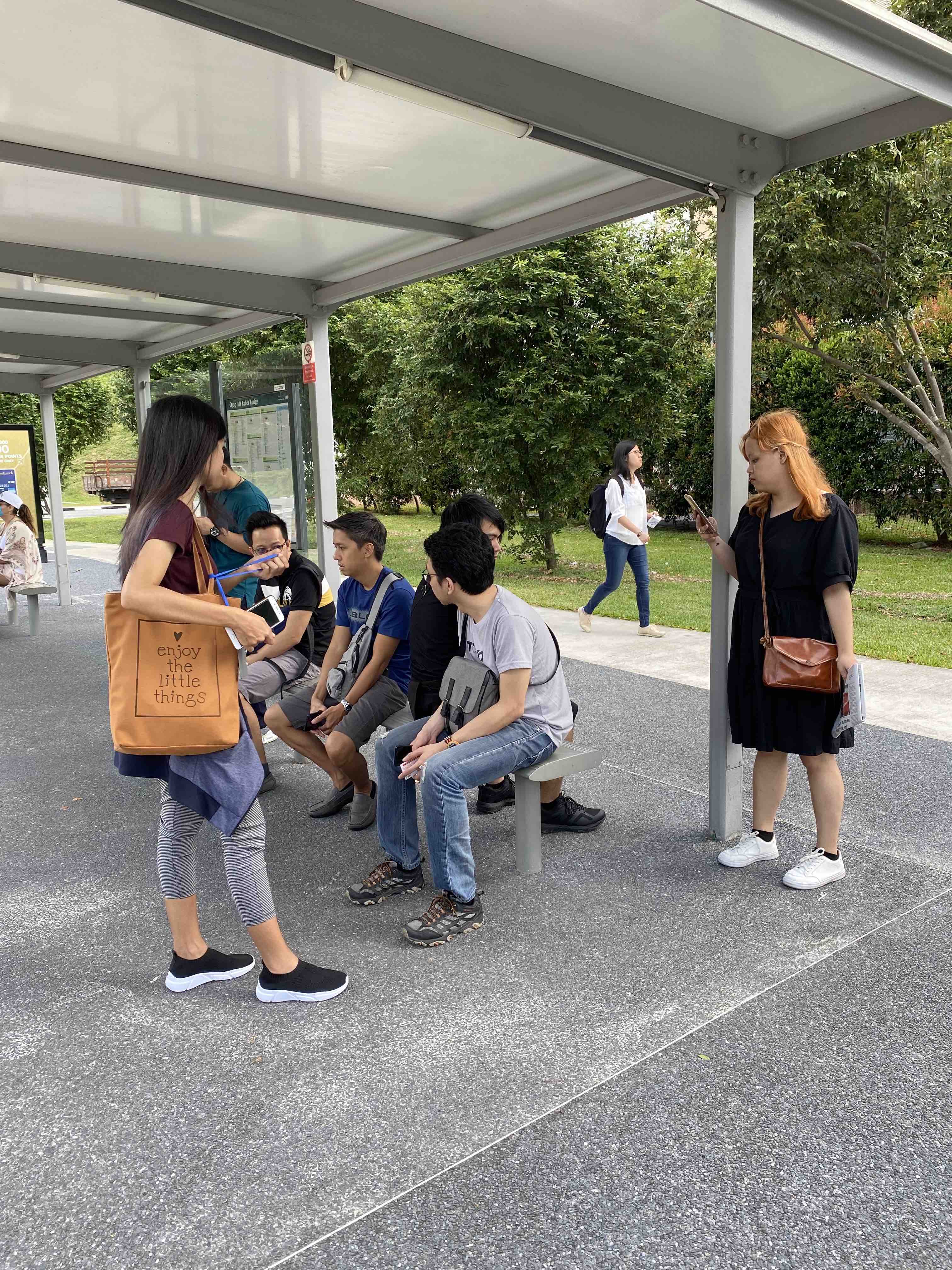 Waiting for the next bus to USS

Unluckily, as we go near the bus stop where we should drop down, my GPS went on skipping, since the bus stop is in the underground. So I thought there is another stop before we go down the bus. But lately realizing there is no other bus stop, so the bus went out and we waited for it to stop to the next bus stop and walked our way back to Universal Studio. Finally we had arrived and took alot of pictures and also do ride the attractions. We did ride their most of their famous attractions like, galactica, The Mummy, Transformers and many more. Be sure check them out if you plan to visit USS.

Feeling excited and ready to see the wonders of the city. We headed first to the one of the famous destinations in Singapore, the Merlion park. We tooked a lot of pictures by the Merlion statue and the marina bay sand building. After that, we claimed our ticket to enjoy the wonders of the beautiful Gardens by the bay.

We went first to the SuperTree Grove and walked in the OCBC Skyway to see most of the parts of Marina bay, Singapore. After some pictures, we head out and see the different exhibits in the Flower Dome and went to the CloudForest where we experienced the misting of the flower. We were so amazed how they maintain and took care the different Species of plants in both the Flower Dome and in the Cloud Forest. I would like to recommend it if you want to somehow feel the nature.

After enjoying nature in the busy community of Singapore. We tried to spend the remaining time of the day to went Shopping for souvenirs for our love ones and friends. So we went to find some shops. We end up buying in Lucky Plaza in Orchard road, Singapore.

After a long, adventurous and fun day touring the City. We drop by the hostel to lay down our souvenirs and headed to see Haji lane. We went pass thru and were suprised to see different decorations in the establishments and also saw different nationalities having fun, drinking beer, singing and dancing. Since it was late that time and we don't what to be late to tomorrow's flight back to the Philippines, so we took some pictures then head back to take some rest.

It is now time to go home. After finishing packing our stuffs, we went to the train station going to Changi Airport. Since we had some spare time, we went to see the famous indoor waterfall in Changi Airport. After taking some pictures and videos. We head to check-in our things and proceed to eat our lunch before going to our designated airport gate. We embarked on the play and went back to the Philippines, and we brought back one of the best souvenirs that you can have. Its the experiences and fun that we had during this journey to the Lion City: Singapore. We know its just short, but more important is that we had fun.

Here is a short video to summarize this wonderful journey.